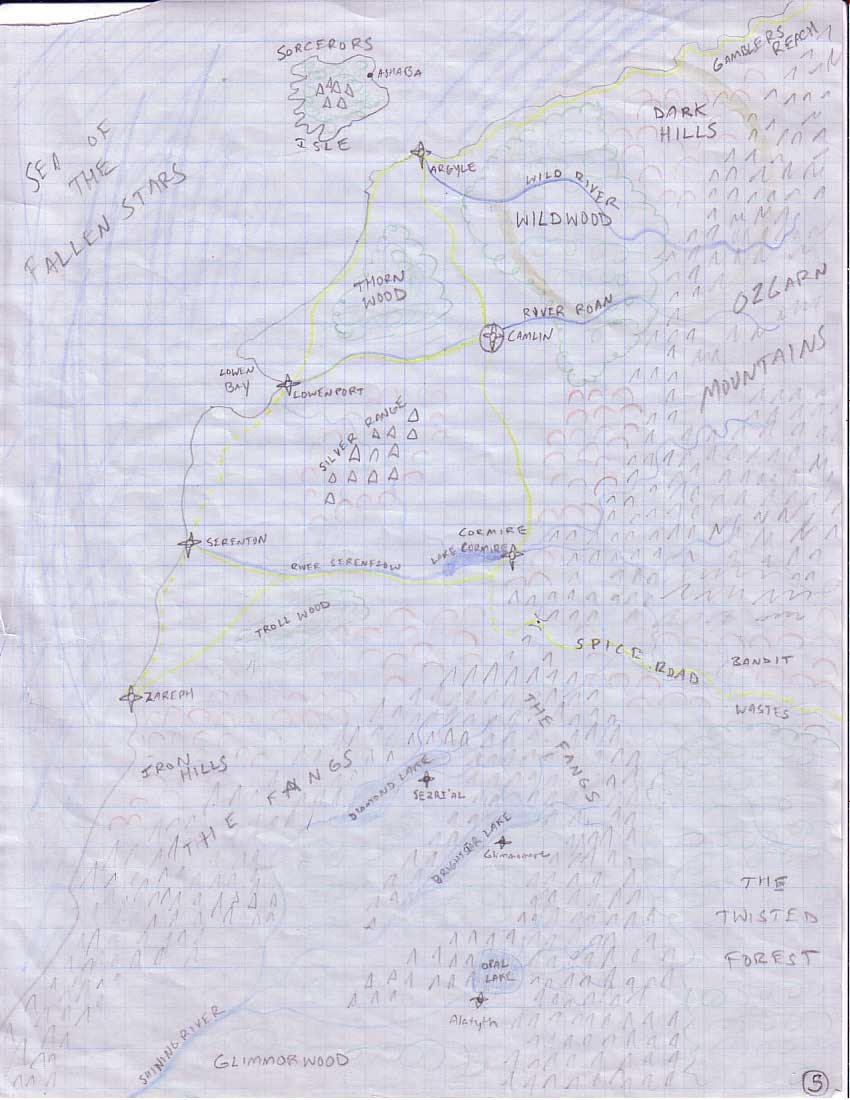 Ruled by a series of benevolent kings from the sprawling capital city Camlin, Durkin is generally prosperous, fertile, and lawful. The opening of the passage to the east a hundred years ago, known as Spice Road, has brought luxuries previously unknown to the Durkish people, though only the rich have experienced them.

The King (as yet unnamed) resides in the capital, Camlin.

Various ministers see to the functions of the national government, a constitutional monarchy.

Regional viceroys control the several city-states that make up the loosely unified kingdom:

Substantial cavalry forces made an appearance in Infiltrators when a marauding brigade of orcs marched on Lowenport. The cavalry overtook them from the rear and quickly routed the marauders.

Durkin is more temperate and fertile than Drannor. The two kingdoms have traded with one another for centuries, despite the fact that land and sea routes are plagued by pirates and organized bandits. The latter has led to the rocky coastline connecting the two regions to be known as 'Gambler's Reach', since just getting a caravan through it is so risky. The high risk contributes to high prices in the north for southern goods, and vice versa.

Durkin's goods destined for the north include luxury items from the East, spices, alloys and weapons, olive oil, fine leather, and Elven goods.

The coastal regions of Durkin are pleasantly warm and fertile, only occasionally dropping below freezing in winter months. Of course, cooler temperatures are found in the upper elevations of the Silver Range (9,000') and small glaciers can still be found among The Fangs.