(The following was written in 2007.) It's ten years in the future on Gurth, and the world has changed significantly in the last 20 years. America invaded Iraq in 2003, and tensions began escalating worldwide immediately. In 2008, the sectarian violence in Iraq spread like wildfire, and War in Iraq became the War in the Middle East which became the Central Asian Crisis. Long before pundits stopped changing the label, it was a world class clusterfuck. Had Russia, China, and India not united to quell the violence through diplomatic means in 2011-2012, the crisis was on track to evolve into World War 3.

This gradual unraveling of peaceful cohabitation was apparent to military leaders in numerous countries, and in fact the United States Special Operations Command presciently predicted a change in strategy would be required way back in 2006 when they issued the following public statement:

“Creating conditions where people want to live peacefully is a powerful weapon against terrorism. Direct action will become increasingly restricted as the Global War on Terrorism matures. Indirect actions of Foreign Internal Defense and Civil Affairs programs are the key to winning the war on terror.” 1

Powerful governments with awesome military arsenals became increasingly aware that wielding their power was becoming politically untenable in all but the most extreme situations. United States Special Operations Command, as just one example of a trend worldwide, quadrupled in funding and personnel from 2008-2015, but forced a significant portion of their Direct Action specialists into early retirement, and instead filled their ranks with civil engineers, psy ops specialists, administrators, and diplomats.

However, focused Direct Action operations will always be required when organized groups are willing to commit violence to contravene national interests, and so outside of government military operations, a second and third tier of operatives evolved. The second tier consisted of large private security companies, with tens of thousands of employees, some tiny portion of which could be used for “wet work” of Direct Action operations.

The third tier has evolved over the past 7-8 years. Increasing public scrutiny over and demand for transparency in military expenditures in industrialized nations worldwide has made certain operations difficult to fund through the large and somewhat infamous security corporations. However, worldwide, government agencies always have funds available for classified “black” operations, and it is here that the third tier of operatives has found its niche.

This third tier, or “SubNet” is a loose affiliation of a few thousand specialists and commanders worldwide, mostly ex-military. By adopting terrorist organizations' practice of maintaining “cells” which know little about global operations, the SubNet maintains a thick veil and appears to be nothing more than disconnected gangs of shadowy figures. 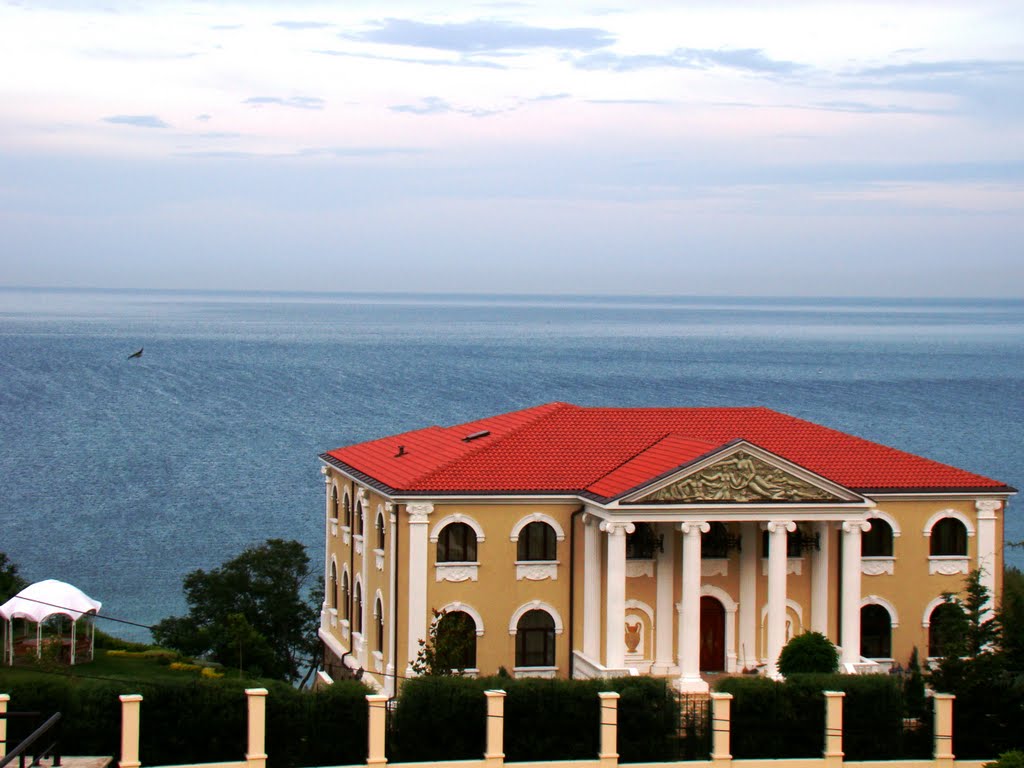 Home Base, on the Black Sea

Your team is one such cell.

You're all freelance mercenaries who have been working as a team for the last five years, based out of a cliffside mansion in Romania, overlooking the Black Sea. The home was built in the 1700s by a Russian Czar, and you've modernized it with a basement firing range, a cyber-operations room, a helipad, and seven-car garage.

It's typical for the team to go months between missions, and during downtime, you might drink and gamble in Bucharest or Odessa, assist Doctors Without Borders in Turkey, parasail the Black Sea, train with your Aikido master in Berlin, hunt in the mountains, or just stay home and do Crossfit with your live-in concierge Tatiana Rushenko.

Some recent missions include:

Background stories and proposed character details are due to the GM by end of day March March 3, 2016.

These are 200 point action hero characters.

An Evening in Sevastopol 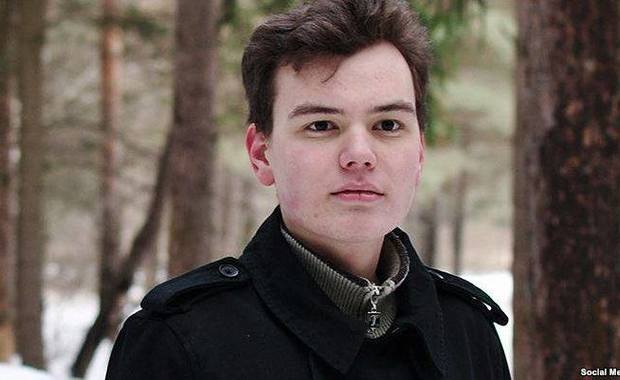 It's a summer Tuesday night, and everyone knows what that means. Tatiana's Taco Night!

The team comes home at 5PM from various recreational activities to rendezvous for the weekly tradition. Kenzy and Charlotte convene at the bar for tequila shots, while Billy sears swordfish steaks and sips a Miller Genuine Draft. Classic Sinatra relaxes all.

Alas, the call comes in. Mr. Black informs Billy that a young scientist has disappeared, but there is evidence (via Facebook) that he's returned home to his mother's house in Sevastopol. The team agrees to the payment ($500k) and rings Woz, their retired Russian pilot, to cross the Black Sea and check it out.

After a short flight and the anticipated bribery of Ukrainian soldiers on the tarmack, the team is escorted outside a high fence and left alone on the street. They summon a Goober, but a human-driven 1980s Aerostar pulls up shortly. Abduabababu, a former political figure in Ethiopia, regales the team with tales of drama and intrigue in the corridors of African power. So, the team formulates their tactical plan via SMS text messages on their phones.

The ladies disembark first, intending to charm their way in. The gentlemen pass the target house and park just round the next corner. The neighborhood is working class suburbia, and kids on bikes are circling driveways here and there as families prepare BBQ in front yards.

Abduabababu is paid a bonus to sit quietly and not worry about the guns, and Billy sets up with his .50 caliber sniper rifle in the van.

Kenzy and Charlotte knock and introduce themselves to a tower of Russian muscle named Vlad, who invites them in after making a phone call. They graciously accept and are directed into a bedroom and told to sit tight. Vlad has an Uzi.

Meanwhile, Anthony is distracted by the array of ham and short wave radio antennas jutting from the roof of a nearby home, and cannot resist his urge to go check them out.

Ten minutes go by, and the ladies ascertain that they are in the young scientist's elder brother's room.

Then a big black SUV pulls up and parks on the street, blocking the Yaroslaws' driveway. Two suited goons step out, openly carrying submachine guns.

Billy zooms in on each, and tracks them as they walk up to the door. They enter.

None of this seems good, and so Casimir and Chompsky hop out of the van and head for the back door of the Yaroslaws' house.

The goons decide to seperate and search the ladies for weapons. Vlad directs Charlotte into the master bedroom, holds her head against the wall, and pats her down. The two suits monitor Kenzy.

Billy exits the Aerostar, Desert Eagle in hand, and heads to the front door. Frightened neighbors run inside and call 911.

Charlotte reacts violently to being groped, and a scuffle ensues. Vlad's Uzi sprays bullets across the room; one punches Charlotte in the ribs, but does not penetrate her body armor. She rushes forward with her escrima sticks and whacks Vlad twice, badly bruising his ribs. He reacts with a jab to her nose, but she is undeterred, redoubling her ferocious attack and breaking his sternum and collarbone in the process. He falls back, colliding with the two suits.

Meanwhile, as Casimir breaks into the back door, Kenzy has pulled out a stun grenade from her pocket while the suits are distracted, and she casually tosses it at their feet and takes cover.

Billy kicks in the front door and starts blowing .50 caliber holes in one of the suits. His target falls, with Vlad.

The last suit dives towards Kenzy for cover. When he recovers from the stun, Chompsky is holding his neck firmly in his sharp teeth, and is soon zip-tied by Casimir uncomfortably.

Charlotte wakes up the gray-haired woman, who immediately responds to interrogation with the news that her sons Michael and Igor are at a local disco.

The team collects any remaining gear from the Aerostar, cuts Abduabababu loose, and drives the goons' SUV to the club. Entry with concealed weapons is no problem, and they quickly identify Mikey and two Russian agents. Casimir strides forebodingly directly to the female agent who is cavorting with Mikey. The ladies accompany Casimir.

Billy can't resist the opportunity to survey the bar's bourbon options, which happens to be where the vodka-drinking older male agent is sitting.

Anthony can't resist the urge to fiddle with the audio and lighting controls. He takes over as the mayhem begins.

Casimir confronts the agent and draws a weapon. She does in turn, and shots are fired, but no serious injuries result. The two continue firing at each other as patrons scream and dive for cover under strobe lights. Casimir proves the better shot.

In reaction to the firefight, the male agent at the bar draws a machine pistol. Billy hesitates a moment, and then throws a punch. And misses.

The agent runs towards Casimir's back, aiming his weapon.

Anthony shuts off the lights. It is utterly dark.

And yet, Charlotte's throwing knife finds its mark, sliding to the hilt into the agent's neck. He falls heavily, and bleeds out in seconds.

The team collects the lad, drives back to the airport, and departs. Mission Accomplished.