This is a one-off "setting", which is not so much a setting as a rationale for throwing together characters from different campaigns, settings, and tech levels. It assumes that there is not just one universe, but an infinity of universes, a multiverse, and that travel between them is possible. Further, time is not a one-way trip, it is a 'timestream', and one may dip their toe into the timestream at any given point an ride it for a while, and then exit.

None. Use characters from any campaign, or develop a new one, or the GM may hand out characters at the start of the session.

Sliv, Scarlet Fox, and Pixie had a day like any other, yesterday. But as they awoke, they were paralyzed and encased in viscous goo. Ur-viles have summoned them to a cave, somewhere, sometime. But, they are not what was sought, and so are dicarded, rolling in their translucent eggs down a chute and out the side of a 1500' tall butte to land in a pile of bodies below. 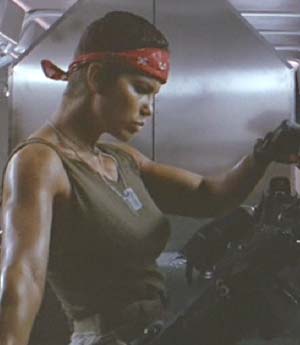 The bodies are of many species and tech levels, some familiar to each member of the party, some not.

A metallic spider with dozens of snake-like eyestalks and 10' legs with heavy machine guns mounted dorsally and ventrally approaches. Pixie turns to air and begins flying up the mountain, while Scarlet bounds down the scree slope, dodging bullet-riddled bodies, and Sliv grabs a makeshift shield and seeks cover.

The spider's cannons track Scarlet, spraying heavy bullets into the rocks just beyond her location a tenth of a second before. Scarlet takes cover in the weird blue trees below, and the bullets turn towards Sliv, who is warned by the stealthy Tanya Velasquez to get down and stay down. He ignores her, and continues with his scavenged wooden spear, leading Tanya to stand up and open fire on the approaching spider with a military plasma rifle.

The plasma bolts sever the creatures legs, and Scarlet proceeds to smash the thing with a boulder. 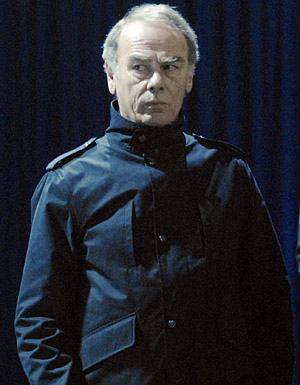 Tanya explains that she is from 150 years in the past, 5345, and that she learned the lay of the land from space marine Billy, the previous owner of her plasma rifle missing his head in the pile of bodies nearby. A galactic war is underway, in which billions have perished. A group of religious zealots who call themselves Believers have been trying to persuade the inscrutable ur-viles to help them summon a legendary prophet and peacemaker, the Jezukrist, from another dimension. Tanya suspects that the ur-viles in the cave are engaged in that project, and we are their failed attempts.

Debate ensues about next steps, but when a silver wing approaches and drops four more spiders, the party decides to head through the blue-green forest with its giant yellow ants and red dragonflies towards the source of the wing, hoping to meet up with these Believers and get some answers.

Scarlet, in pink pajama pants and white tank top, cell phone in hand, reports that she can get no signal, and wonders where a Starbucks might be. 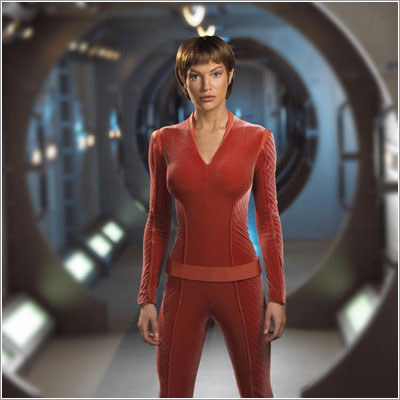 A few miles into the forest, they come upon a picnic of two couples in a clearing. A plan is under development when Tanya jumps the gun and rushes into the clearing. One of the male picnickers reaches for his communicator, prompting Tanya to split him asunder with a blast from her plasma rifle. The rest are knocked unconscious after an interrogation in which they learn that there are no weapons aboard, but there are "Guardians" who protect the believers.

The Believer vessel is a rounded white pyramid silently suspended 20' above the floor of a broad meadow. Five Guardians approach the party, and Pixie turns to air and infiltrates the vessel.

A firefight erupts outside, leaving Tanya injured before Scarlet Fox demolishes the reminder of the Guardians with a huge log that she wielded as a pool cue and baseball bat. With her mind.

Inside, Pixie adopts the Believers' assumption that she is an "angel" made of air, and convinces two of them to lead her to their leader, Gideon. Gideon mocks Pixie's assertions and questions what possible motivation he could have for helping her return home.

Pixie's spellcasting critical failure turns Laura, one of the Believers, into air, and convinces her that she too is an angel. In the confusion, Gideon and his apostles make their exit, and Laura agrees to help Pixie get home.

After a trip the fabricator to create two kilos of elemental lead, which ur-viles crave, Laura and Pixie sail down to Sliv, Tanya, and Scarlet on one of the silver wings.

Minutes later, Laura helps broker a deal with the ur-viles to send the party back.

The party members awaken in their home worlds, where they lay down to sleep. Everything is normal. Except that Tanya goes back with Scarlet, and is magically healed in the process.