A cinematic episodic campaign with zombies. And guns.

It's fifty years in the future in the USA.

In the late 2030s, technicians in the Defense Intelligence Agency finally cracked one of the mysteries of materials found at the 1947 Roswell crash site. The material, found in hypodermic injection devices, was used by the aliens to shut down their metabolisms on centuries-long journeys. The agency used this discovery to develop a genetic-manipulation serum with the goal of creating the perfect soldier: completely obedient, needing no food or sleep, nearly indestructible, and possessing powerful combat capabilities.

The first human experiments were the beginning of the end. Four Yemeni would-be suicide bombers were detained in 'black ops' facility in Egypt for two years, before being flown to an underground lab at CIA headquarters in Virginia, sedated, and then injected with the serum. What happened next, nobody knows, but the end result was that one week later, the entire CIA complex was evacuated and a state of emergency declared. Apparently employees were killing and eating one another's flesh by the thousand.

Six thousand Marines surrounded the facility and ended up shooting everyone who came out. After multiple warnings over a loud speaker and the failure of various non-lethal tactics, the Marines killed each and every one of the 12,704 employees who wandered out, slavering and murmuring according to exclusive FOX Satellite video.

Any sense of relief was short-lived, because within hours of the massacre, the Marines started killing and eating each other's slain bodies. The affliction was an airborne contagion.

A nationwide curfew was declared, all flights grounded, and the United Nations issued a Security Directive prohibiting any nation from allowing an American entry until the epidemic was under control. 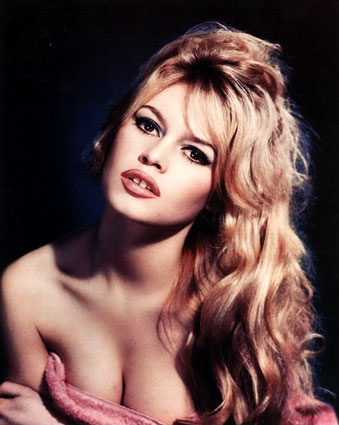 Jingles wandered down the interstate for hours in the withering heat and humidity, past hundreds of abandoned vehicles. Then, a sweet yellow step-side truck pulled up, and there was King, who offered her a ride. Down the road they went, bantering, swerving among the wreckage, and looking for a gas station. Out of gas 800 yards from the exit over which a huge green BP sign stood, they grabbed King's gas-can and started meandering up the exit ramp. After a debate about who was more physically fit, a brief footrace ensued, but Jiggles' 4" heels slowed her down. 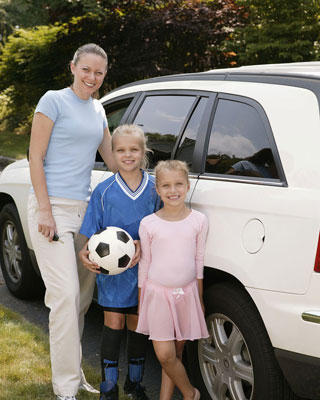 Suddenly, she had a premonition about the gas station, and suggested they turn back. Undeterred, King pointed out that the only thing behind them was a dead vehicle. Then, zombies emerged from the bushes nearby, hungry for human flesh. King stepped back and fired a few rounds with his .22, but soon saw that he was doing little damage. Jingles fared better with Dawson's .357, but was running out of ammo and missing too frequently, and King convinced her to hustle back to the truck.

Just then, a solar-powered shuttlebus drove up. Charlene Johnson, seeing the distressed young people, invited them into air-conditioned comfort for a road trip to Houston. The duo grabbed their gear and loaded in.

Raven, leader of the tribes of Houston

Mistaking the pair for a married couple, hilarity ensued.

At the next town, the group stopped at Billy Ray's Ammo & Worms, and King and Jingles collected supplies while Charlene kept her eye on the zombie of a 5-yr-old girl in foot pajamas.

The shuttle bus sailed through rural Alabama and Mississippi all night, now at a stop speed of 28mph, due to an additional failed solar converter unit. In the morning, after a meal of canned green beans, Vienna sausages, and corned beef hash, the group drove through abandoned towns, and, after some debate, ran through a group of two dozen zombies, which ripped off the side-view mirrors and cracked the windshield.

A torrential rainstorm serendipitously rinsed the zombie goo off the grill of the bus.

On approach to Houston, the group looked in awe at huge oil refineries ablaze, and what seemed to be the majority of the coity of 40million people as charred husks. The entry was stymied by a group of modern tanks in the midst of the interstate just before a complex 5-highway interchange, and so the team took the nearby exit and entered a lifeless warehouse district.

After wandering aimlessly for a few blocks, looking for Sunburst LLC and the potential source of replacement parts for the shuttlebus, the team was ambushed. Two dozen crazy thugs with assault rifles rushed out onto the street in front of them, while three big pickups with armed goons raced in from alleys on either side. There was no going forward, or back.

The group's leader, Raven, walked up to the shuttlebus while the trio inside debated tactics. In the end, the group nominated Jiggles to negotiate passage. She stepped out, and the two women sized one another up. Jingles poured on the animal chemistry, and Raven was impressed. The young waitress would stay here, and the bus would be allowed to pass.

Temporarily satisfied with this arrangement, the bus drove on, and Raven and Jingles and the slavering horde headed into a warehouse to drink moonshine and party like it's 1999. Alone at last, the two beauties bathed together and provided simultaneous reciprocal pleasures until finally, sated, Raven announced that eyeless Wingnut had dibs on sloppy seconds, and made her exit.

Wingnut arrived eagerly, but much to Jingles' surprise, started asking about the shuttlebus. Wingnut used to be an engineer at Sunburst LLC, and "hey, with just one of those solar converters, we could feed 5,000 people."

The two decided to catch up with the shuttlebus in Wingnut's chain-link-bumpered roll-barred V8, and, by following the vehicle's heat signatures on infrared, quickly caught up to them less than a mile away.

Wingnut knew exactly where the Sunburst headquarters were, and led the party to it, a mirror-glassed tower, with a gushing fountain and carport out front. Dozens of rotted zombies were strewn all over the parking lot, and the bulletproof glass of the front doors was unmarred. King shut high-caliber weapons into the glass, gradually eroding it into a worthless plastic curtain, Charlene collected a swipe-card from a nearby corpse, and the team was quickly inside.

There, Charlene gathered intel from the guard station console, and the party set about collecting solar converters and the palladium rods that fuel them.

In the secure storage area, a hive of zombies was discovered, and many rounds fired to explode their heads. Unfortunately, one grappled young Jiggles, and took a nasty bite out of her arm.

The team escaped the building, but Jingles went mad and tried to bite King, who exploded her head with a pistol shotgun.

King and the soccer mom drove off into the sunset.

New York City was one of the cities over which the government detonated multiple atmospheric nukes to incinerate the millions of zombies therein before they wandered elsewhere. This was a great success, despite unknown numbers of innocent citizens also being consumed. However, some zombies and some citizens survived, and now the blackened city is something of a ghost town, sparsely populated with slavering zombies and pockets of human resistance.

A Snowy Day in NYC

Sergeant Tarkelson drives her solar SWAT van down the snow-dusted street one of the blackened canyons of Manhattan skyscrapers, snowflakes falling slowly from a strip of steel-gray sky overhead. In the passenger seat is Celeste Night in her somewhat tattered and soiled evening attire, peeling back the lid of a tin of sardines and eating them with her fishy fingers.

Coming around the corner, they spot citizen Earl Cladsworth, standing in the street surrounded by five zombies. Susan gives the wheel to Celeste and tells her to gun it while she dons her SWAT armor. Seconds late, Celeste plows through three of the zombies and nearly flips the van before coming back to hit some more. Earl batters zombies to and fro, and soon, they are all dispatched.

Earl reports he's on his way to Sandusky Park, where he believes this his six-year-old, Little Tim, is headed because he believes Santa will be taking requests there today. The ladies offer to help, and the three drive the 30 blocks over to the park.

Celeste is familiar with the area, and says that it's barricaded off, and sure enough, the van soon comes to a street that is piled high with burned out vehicles and other debris. Sitting atop the mass, camouflaged in the snow, is Bruno, the leader of the Sandusky survivor community.

After diplomacy fails, Celeste wields her womanhood to convince Bruno to let her in and cavort with his cohorts while Earl and Susan drive the perimeter. While Celeste entertains, they note that every entrance is barricaded, but some are less well-guarded, and as they near completion of their circumnavigation, they see a mini-horde of zombies climbing over and streaming into the inner sanctum.

Word gets to Celeste and her clients, who scatter like roaches to go defend the community, leaving Celeste to stretch her bad back and slip back into her evening gown. While doing so, Bruno's wife Trina walks in and introduces herself. Her role in the community is The Spirit of Christmas, and she explains that since the Sandusky Park holiday tradition goes back 100 years, she's kept it going, despite the zombie/nuclear apocalypse.

Celeste convinces Trina to allow her friends Earl and Susan to enter, and after parking their van in a garage and suiting up in SWAT gear, the party is reunited atop the crushed car barricade where Celeste originally entered. Once Earl hears that Trina has organized old Grandpa Bob to play Santa for a handful of survivor kids, he knows that's where Little Tim will be, and they group proceeds to the park.

Before rounding the final corner, they hear a woman's scream ahead. Upon viewing the park, they see a slumped figure in front of a charred gazebo, upon which sits Santa, devouring a small child. Beyond the gazebo, Little Tim approaches apprehensively, unaware of the feast transpiring. Off to the left, a dozen zombies have just entered the park and spreading out towards the various human targets.

Trina drops a knee and start picking off zombies with her assault rifle, carefully conserving her ammo. Earl sheds his backpack full of tools as Susan sprints towards the kid. Celeste pulls out a flare gun and tries to figure out how to aim and fire it.

Seconds later, Susan is in close quarters battle with four zombies, judiciously squeezing off one round at a time into their femurs, which mostly immobilizes them, while at the same time trying to place herself between their claws and Little Tim.

Earl charges in with his baseball bat and starts knocking zombies around, while Celeste attacks the mother of the devoured child with a pick axe.

Delicate snowflakes drift lazily down from the silver sky above.

A few more seconds of frantic combat pass, in which Earl gets pinned between a crawling zombie and a slavering Santa, and sustains a deep scratch on his leg. Despite her pick-axe combat success, Celeste also gets bloodied by zombies before dispatching them.

Father and son are reunited, victorious.

A shot rings out, and Celeste drops to the snowy flagstones. Trina is six feet away, a smoking magnum in her hand. She begins walking towards Susan and Earl solemnly.

Susan briefly protests the inevitable. Trina nods her assent to the proposal that a few minutes of reunion time is acceptable. Dad explains to Little Tim that Susan will be his new mommy, and he'll get to use daddy's big wrenches on Susan's black van that patrols the neighborhood. He might even get to drive it some day.

But where are you going, Dad?

God bless you Dad, and god bless us, every one!

And then Earl hands Little Tim into Susan's capable arms, and walks with Trina around the corner. One sharp shot rings out.